Water - The Most Powerful Drug of All 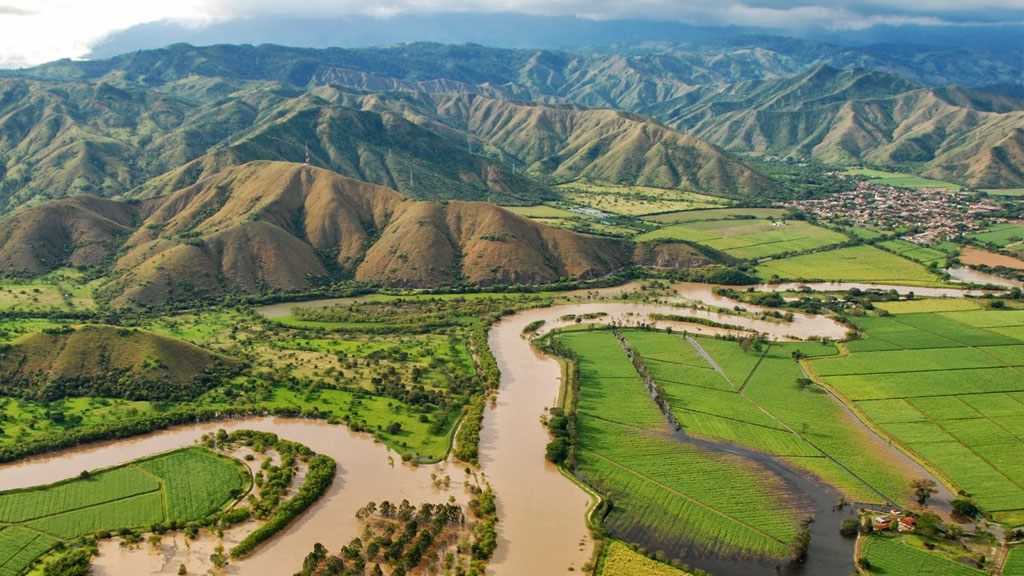 Water – The Most Powerful Drug of All

Water, as Spinal Tap guitarist Nigel Tufnel once famously said, is the most powerful drug of all. Not only does splashing it on your face wake you up but mixing it with coffee grinds produces an act of such stimulating alchemy that it’s hard to believe it’s not illegal. Water makes up over 90% of any brewed coffee and its quality has long been understood as an important factor in any brewing process. However, the particular effects of different mineral contents have only recently been properly analysed. Thanks to publications such as “Water For Coffee” by 2014 UKBC Maxwell Colonna-Dashwood and chemist Christopher Hendon this knowledge is starting to filter down – if you pardon the pun – into the industry at large.

Traditional views about water centre around the need to remove taints and impurities such as limescale in brewing water by means of filtration. Additionally, it has been known since the 60’s that there is a desirable amount of “stuff” (minerals etc) in coffee brewing water and that this can be measured by something called TDS. TDS is a value that describes the amount of organic and inorganic matter dissolved in a water sample(Total Dissolved Solids) and is measured in PPM or parts per million. Given that brewing coffee relies on the dissolving of soluble compounds found in ground coffee using water, it is reasonable to expect that the amount of other “stuff” in water might affect it’s ability to act as a dissolving agent.

However, research such as that which inspired “Water For Coffee” revealed that an acceptable TDS was only one factor that needed to be considered when looking for good brewing water. The science behind this is a little challenging, but it revolves around the interaction between between Calcium, Magnesium which are responsible for the “total hardness” of water and something called the “Buffer” which controls alkalinity. It seems that the ratio of total hardness to buffering agents (2:1 being seen as a good starting point) is more crucial than simply TDS. This is pretty heavy science but during Maxwell’s 2014 World Barista Championship routine he succinctly illustrates these concepts (whilst making a load of drinks under time pressure in the world’s most prestigious coffee competition). Here’s the link. Prepare to be dazzled!

Realising that there is a lot more to water than just a reasonable TDS and the absence of impurities has huge implications, especially for a coffee roaster Dark Woods. We make a lot of really important roasting and blending decision based on how our coffees cup in the roastery, and that is determined to a large extent by the water we use. Different waters of similar TDS will accentuate different flavours in the coffee so you can imagine how serious it could be if a roaster unwittingly uses water that skews their decisions in the wrong direction. We’re pretty confident, based on regular tastings of our coffees both on and off site, that the water here at the Roastery is pretty good but there is certainly no harm in putting it to the test. So, to do this I’ve cooked up a little experiment.

Tormento – Our dear Colombian friend. A bright, balanced and delicious coffee that we know inside and out

Both coffees will be cupped blind with each of the four waters and we will take notes and rank them based on how coffees are tasting on the table. A best water will be chosen based on total scores and our tasting comments will be summarised. We’re all really curious to see how significant any differences are. We don’t necessarily feel that you should regularly be making your own water – it’s a pretty extreme step by most standards! However, if the results are really compelling then it would certainly be a cheap and revealing way of seeing whether your usual water source is doing justice to the coffees you drink or sell.

Some surprising and reassuring results! The stand-out favourite in both cases was our very own tap water. There was very little to choose between the rest which was a shock considering that one of them (the hard water) was expected to perform very badly. In fact it pipped the supposedly “perfect” brewing Ghetto Water on both coffees. This was so unexpected that we repeated the test the next day by pitting the Hard and the “Perfect” water against each-other across a four different single estate coffees. Again, the hard water performed conclusively better in balance, depth and sweetness.

The main one I suppose from our point of view is that our own water is presenting our coffees very well. This is clearly good news, but maybe not that surprising (despite the fact that at 90 PPM it’s a little softer than SCA spec). As all of our roasts are calibrated to this water we should probably have expected it to perform well!

The real surprise was that all of us leaned so heavily towards the Hard water. Why might this be? Well, for one, it measured only 220 PPM which isn’t quite as hard as we thought it was going to be – pushing the PPM further might cause a real drop off in brew quality so that’s something I’ll be trying at a later date. It’s also important to note that despite being hard, it had  a reasonable balance of buffer to total hardness. So, despite being a more forceful solute it was leaving the coffee’s intended profiles intact. Indeed we might surmise that it’s buffer/hardness ratio mirrored our own water more closely and hence was acting simply as a turbo-charged version. This is probably why it scored worse with the more developed roast – it was overplaying those toasty, roasty flavours by pushing the extraction on a little too far.

In short, there is much more to water than meets the eye. Whether hard or soft it’s the balance of minerals that seems to have the greatest effect on shaping coffee flavour. Indeed, perhaps there is no “perfect” water, just the water that is perfect for your particular coffee!

If you are interested in understanding more about water, “Water for Coffee” really is the best place to start. You can pick up a copy here:

Matt Perger also writes very well on the subject and is perhaps a little more accessible. His DIY water recipes and other barista resources can be found here:

All the ingredients to his coffee water (distilled or dionised water, epsom salts and bicarbonate of soda) were easily and (relatively cheaply) bought on Amazon and weighed on scales accurate to 0.01g.

We Are Hiring - Admin Assistant

We are looking for someone to join our team as an Admin Assistant.

The Dark Woods Coffee new-style monthly Pop-Ups are back, and in time for the warmer weather.

Our Head of Training and Customer Support Tom on how changes to our training programme can support you even better in 2022.