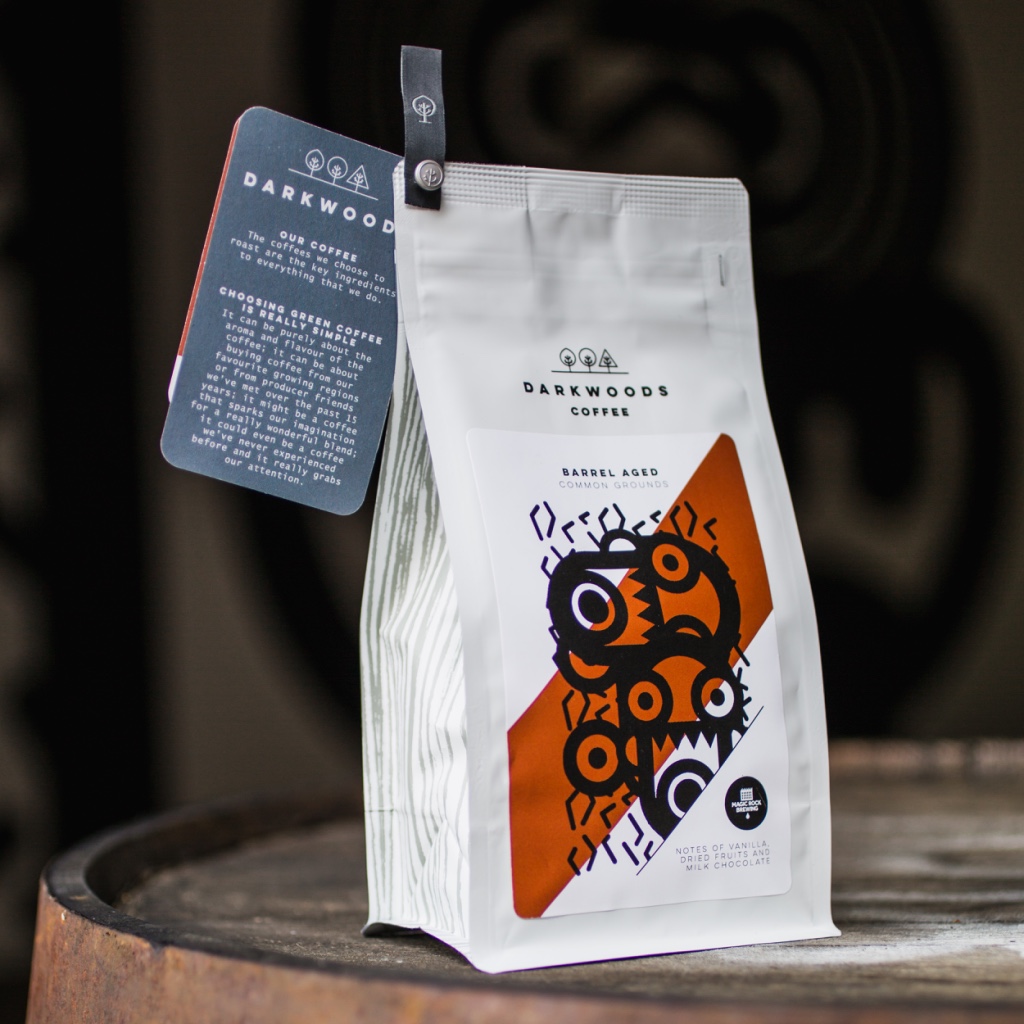 We are delighted to have won a prestigious 3 Star award in the 2017 Great Taste Awards with this tasty coffee; one of our most adventurous to date: Barrel Aged Common Grounds coffee beans. This is an Ethiopia Yirgacheffe coffee cured in Bourbon Whiskey barrels prior to roasting.
And it’s a collaboration with our friends and fellow Huddersfield residents, Magic Rock Brewing, so this means a lot to us. Thank you guys!

This comes on the back of the success of Magic Rock’s first coffee beer, Common Grounds Triple Coffee Porter, developed in collaboration with us. You’ll see this beer in cask, keg and canned formats being sold up and down the UK and beyond, and it’s exceptionally tasty. You can also find the slightly rarer, but equally tasty Kentucky Common Grounds, which is a punchier version of the coffee porter aged in Bourbon barrels.

From everyone here at Dark Woods, we’d like to wish you all a safe and enjoyable Christmas and New Year, and we’ll see you again in 2022!

In a new series of articles, we focus on some of the producers who have helped us to achieve success in the Great Taste Awards for another year. This time, we exploring our relationship with our friend Paul and his team at Mikava in Colombia.

The 2021 Great Taste Awards results were announced this week and Dark Woods Coffee has won an astonishing thirteen awards in the Guild of Fine Food's annual speciality food and drink competition.